Anthony T. Lane Elementary School opened its doors to students for the first time on September 5, 1995. Our first principal was Helene Brower. Approximately 715 children were enrolled at Lane during our first year.

From the Ground Up

The Lane school grounds were just fields and parkland until the County broke ground for the new building in the spring of 1994. A few original structures nearby remain today. Do you recognize the church in the background? It's still there on Beulah Street. The small houses have since been replaced by newer, larger ones.

The land that Lane sits on was once part of Beulah Park, the park and fields that still sit to the north of the school (near the back parking lot). The brown park sign on the right and the small brick building that houses restrooms are still on site.

The official groundbreaking for the new Kingstowne Elementary School (our school’s original name during planning) took place in the spring of 1994.

Lane was built was to accommodate the many children who moved into the dozens of new Kingstowne housing developments that had sprung up in the early 1990s, including Abbottsbury Row, pictured in the background of this photograph. 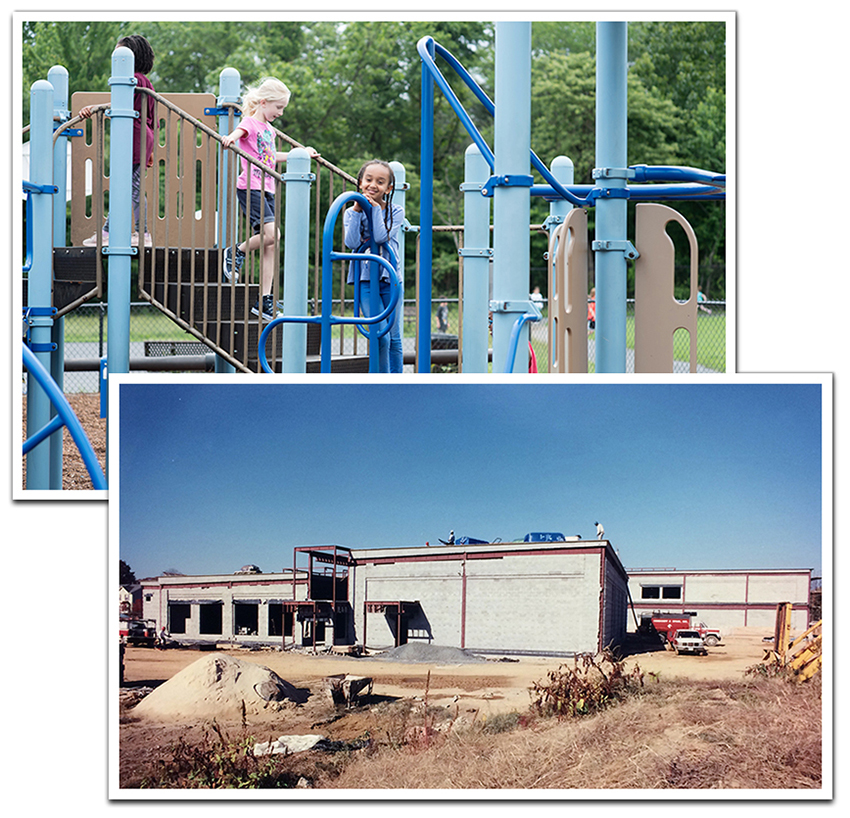 It’s hard to imagine the backyard of Lane without the playground, but in the fall of 1994, every student’s favorite spot was little more than rocky dirt, grasses, and scrubby plants.

The courtyard near the Bus Loop has come a long way – from dirt and gravel to a beautiful garden and outdoor classroom space.

There were once two open Pods on each floor for flexible classroom space. Over the years, they’ve been enclosed to make actual classrooms and offices.

What’s in a Name?

Have you ever wondered how Lane Elementary got its name? Some people believe it’s named for a road, as in a lane, but it’s located on Beulah Street and Kingstowne Commons Drive. No, the “Lane” doesn’t come from a physical feature; it comes from an important man in the history of the Fairfax County Public Schools – Anthony T. Lane. Learn about the life and legacy of Anthony Lane in this video produced for Fairfax County Public Schools’ cable television channel Red Apple 21. 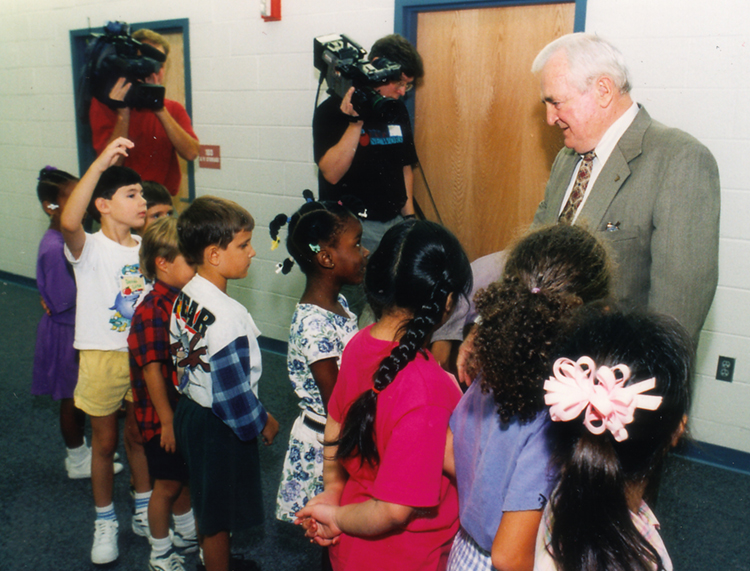 Anthony Lane visited our school on the day it opened, and he was greeted with great enthusiasm in every classroom. 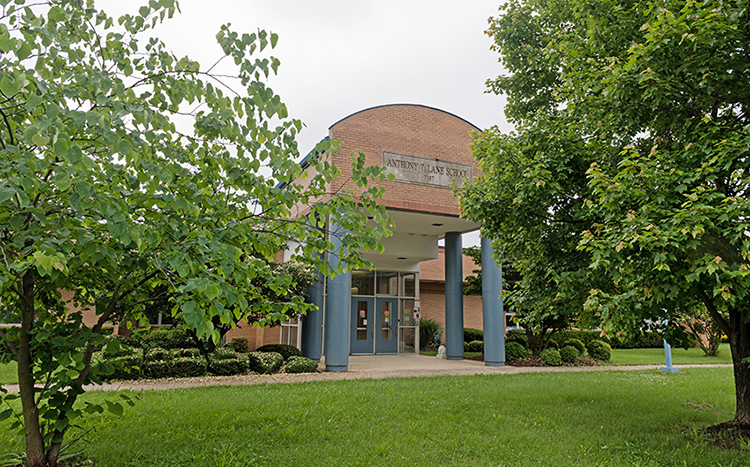 The address sign above our entryway, that looks like it's etched in stone, was hung part way through the 1995-96 school year. This is actually the second sign made for our building. 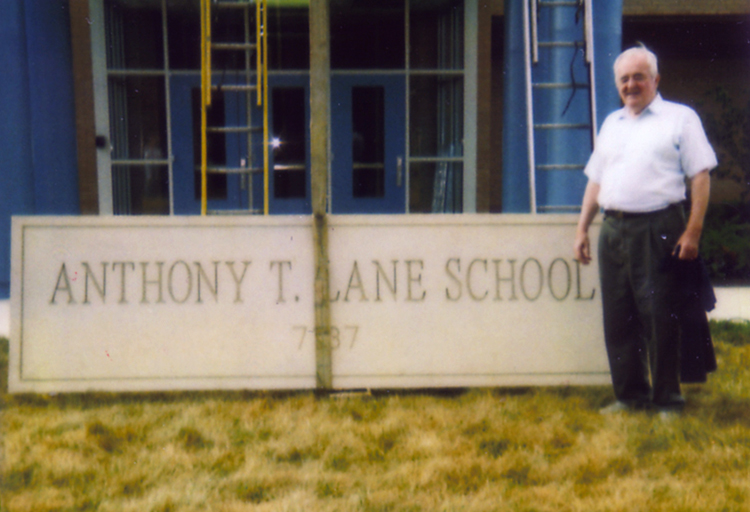 Pictured standing next to the first sign is our namesake, Anthony Lane. The first sign cracked when it was being hung and had to be replaced.

Lane Elementary School opened in September 1995, but it wasn’t until the spring of 1996 that our school was officially dedicated, on April 17, 1996 to be exact.

When Lane opened its doors in September 1995, it had a very special lady at the helm as principal – Mrs. Helene Brower. Principal Brower dedicated herself to building an amazing school from the ground up. She set the tone for our school in small and large ways, such as picking the color of the building tiles, and recruiting and hiring the school’s staff. Through her years leading the Lane Lion Pride, Mrs. Brower touched the lives of many children and adults alike. She literally started the Lane legacy and coined our first motto: "Leading with Pride." Mrs. Brower retired from Fairfax County Public Schools in 2004. She now lives in Florida. 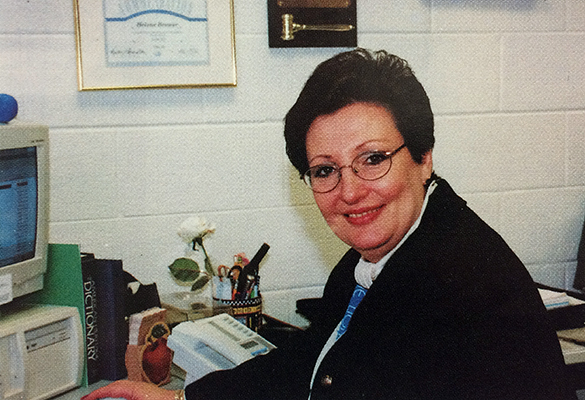 When Mrs. Brower retired, she left the Lane Lion Pride in the capable hands of a new leader, Suzie Montgomery. Mrs. Montgomery served in the top job at Lane until February 2009, when she moved to Lorton to open a new elementary school, Laurel Hill Elementary. During her tenure at Lane, she supported students, staff, and the community in many endeavors, but above all in keeping the love of learning going strong. 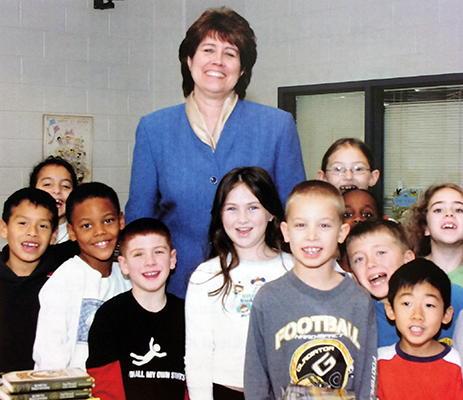 When Mrs. Montgomery left in 2009, leadership of the pride moved to Jay Nocco. During his relatively brief three-year run, he had a big impact on students, staff, and the community. His legacy includes our school motto, "Communicate, Collaborate, Care." Mr. Nocco is now principal at Lynbrook Elementary. 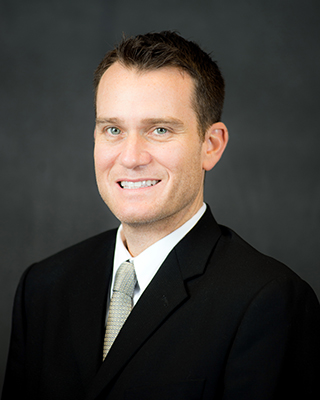 Mrs. Contreras joined the staff of Lane Elementary School in 2012. After her departure, Assistant Principal Nikki Steptoe-Coleman served briefly as interim principal until our current principal, Christine Prahl, was appointed in August 2019. 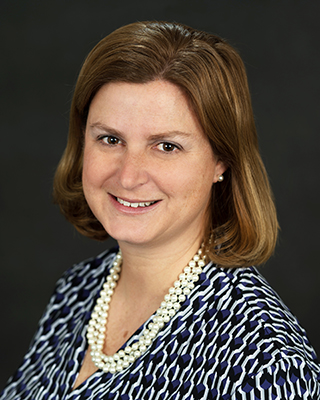 The true history of Lane Elementary School is found in our students and school staff. Though time has changed the appearance of our classrooms, our technology, and some teaching methods, our commitment to providing a quality education for children remains the same. Together, we are creating students who will become the positive, compassionate leaders of the next generation.